How are you doing, my lovelies?  If you need to vent, please feel free to, even if it’s venting things you think are insignificant.  Sometimes it can help to blow off steam by focusing on the smaller things that are aggravating so we can take breaks from worrying about the bigger things.  I hope everyone’s doing okay.  It might be hoping a bit too much to hope anyone’s doing well when so many of us feel like we’re just trying to make it from day to day, if not hour to hour or minute to minute.

Personally I’ve had many times where I’ve been hopeless and struggling to get out of bed, one week where I lost a full ten pounds in seven days, and struggling to keep track of time.  I’ll sit down to do some beading, and then forget what I was doing until suddenly it was dark outside and I realized two hours had passed and I’d done nothing and couldn’t remember thinking anything.  The woman I worked with for digitizing machine embroidery died unexpectedly, and I’m still in shock and reeling from that.  For several years we’ve chatted and discussed historical things, and suddenly she’s gone, and I feel a bit lost.  My budding social life as a woman pretty much owning Seattle’s dance clubs (got any idea what it’s like to walk into a Seattle club in a skin-tight short Hervé Léger number and to have a handful of hot guys salivating and competing for your attention within minutes?…feels pretty good when you’re pushing 40) came to a halt, my season tickets for the XFL team the Seattle Dragons were suddenly pointless, some local meetings I was getting into went all digital, my twice-daily gym sessions ended abruptly…  I feel isolated and lost and fairly friendless now, and being stuck at home gives me flashbacks to some very horrid times my life.  To say my medical history is extensive is an understatement.  Time unable to leave flashes me back to horrendously painful things, and is messing with my mental health.  This doesn’t get into what my daughter lost, and my husband’s is struggling as well.

Yet we’ve been far luckier than most.  We know our struggles pale in comparison to many, and try to keep that in mind.  We own a home.  Many of the world’s largest companies, like Disney and Apple and Twitter and Google, rely on the stuff my husband’s company does (literally, if his job were to be cut, it would be because the company is closing and the internet would literally cease to function).  Our daughter’s able to have her classes with a professional national ballet company though it’s through Zoom.  I was able to get the stuff my betta fish, Sparrow, needed without worrying about paying the power bill.  We were able to get a fancy new car (and six years of payments).  Our daughter was already in a hybrid program before all this started (exactly what many schools are aiming to get to by the end of the year is exactly how her program was before this), and so we have experience homeschooling and the resources to do so effectively.  We haven’t had to say goodbye to family we love.  We’re together in a house with enough space that we aren’t all on top of each other all the time.

We don’t lose sight of that, but it’s rough.  Isolation that’s not wanted is always hard.  Holding your child when she’s hyperventilating and struggling to breathe from about panic attack or crying in fear because her brain is telling her to do deadly things to herself to escape what feels like a pointless life where she’s isolated and scared to death about friends of hers who may be struggling worse…that’s soul-crushing.  Trying to help your husband get through another work day where he feels alone and disconnected from his friends and co-workers, finding his friendships loosening as there’s just plain nothing new to share about their days and nothing new to do together, going from stable to depression…

For all of us, watching the California fires has been rough.  A couple years ago, we watched as the Thomas fires tore through Southern California, unstoppable, and then come upon his hometown, Carpinteria, the first town that actually managed to stop the progress.  Last year, it was Notre Dame.  Then the house we lived in last was evacuated mere hours after a nightclub shooting where some of our friends were.  Right now, the SCU lighting complex fire, the third largest in California history as of earlier today, is threatening the homes of many people I still know in California, and the last apartment I had when I was still a tech worker in Silicon Valley is evacuated.  Where I was born and grew up is on this map.  I already have fire-trauma.  Watching this fire grow unabated has been devastating.  And the lack of activities outside the home (I can only do the same things at home so many times) has made it hard to find even a temporary reprieve. 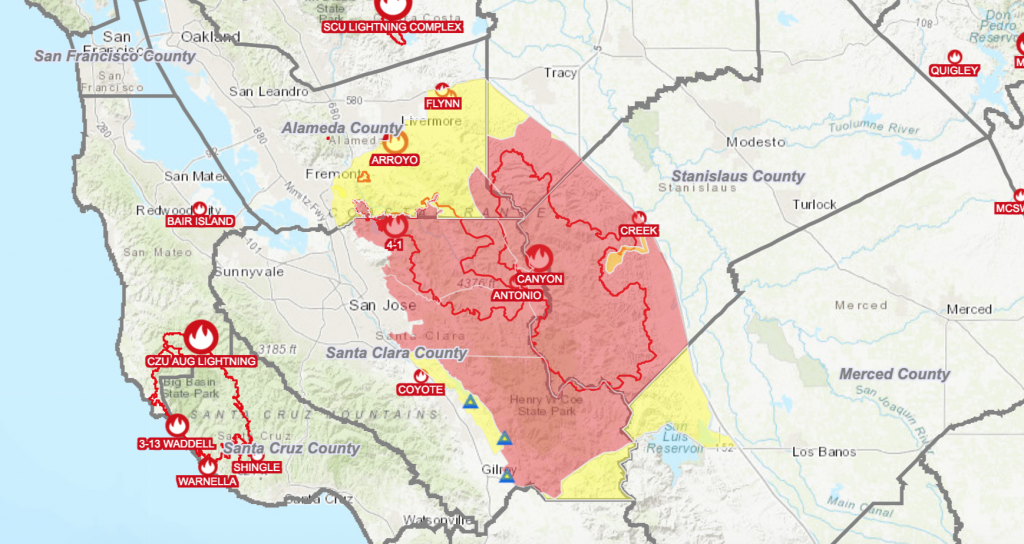 I sit here knowing I’m still lucky since worry and stress is better than being evacuated or worrying about having a home, and feel guilty for my depression worsening at all, though depression doesn’t answer to rational thoughts.  Some days, all that gets me through is planning things to make, and hoping to one day have a read to make them.  And I fully admit I’ve have many days where I’ve needed to grab a cannabis vape when I’m just so overwhelmed that I can’t take it, and need to take the edge off of my stress.

Yet the next time I hear someone who is better off than average say “We’re all in this together,” I might scream. Reality is, some of us are going to be okay, but many are at risk of losing homes.  If we were all in this together, then we’d be working together.  But there is a gap, and it seems insensitive and cruel and dismissive to try to make it sound like we’re all experiencing the same struggles.  All struggles are valid.  Someone losing an entire arm doesn’t make you losing a finger suck less.  You are still entitled to feeling a struggle.  But we do need to acknowledge that it can be worse for so many.  Not like that helps with stress or anything.  I don’t know, just be mindful.  Just give a damn about others as well.  I’m not quite sure where I’m trying to go with this thanks to a sugar rush from eating a full jar of Rainbow Chip frosting while typing this.  Losing my train of thought has also become common for me.

This is where I’m at right now, and it’s why I’ve so rarely been posting.  I start, then stop since I can’t think of words, get distracted (as I’ve been while trying to type this), and then can’t remember what I originally intended to do.

Really, how are you doing?  I really do care about that too, and I mean it when I say to please feel free to vent if you need to.  Big things, small things like your favorite nail polish being out of stock (I swear, the little things are like exclamation points on the suckage scale), anything in-between.  Even if it seems insignificant, it venting can help, then it’s good to do.  And you’ll have an ear here who won’t judge you for it.  The world’s tiniest violins have all been pawned to pay the water bill, or so I’ve been told by myself as I sit here making up things about tiny violins played by people in polka dotted shorts. That’s why I haven’t heard them.  No one’s gotten them out of hock. So this is a judgement-free zone.  You’ve got an ear, and it is okay to let it out and use whatever language comes to mind to help you feel better.  When all else seems like it’s been taken away, we can still complain, moan, whine, gripe, mutter, discusser write poetry, about how aggravating and frustrating it is.  That is something no one can take from us, and even trying only gives us more of something for once.

One thought on “Summer check-in”

A forerunner in high-end couture and film and stage reproductions since 1999.